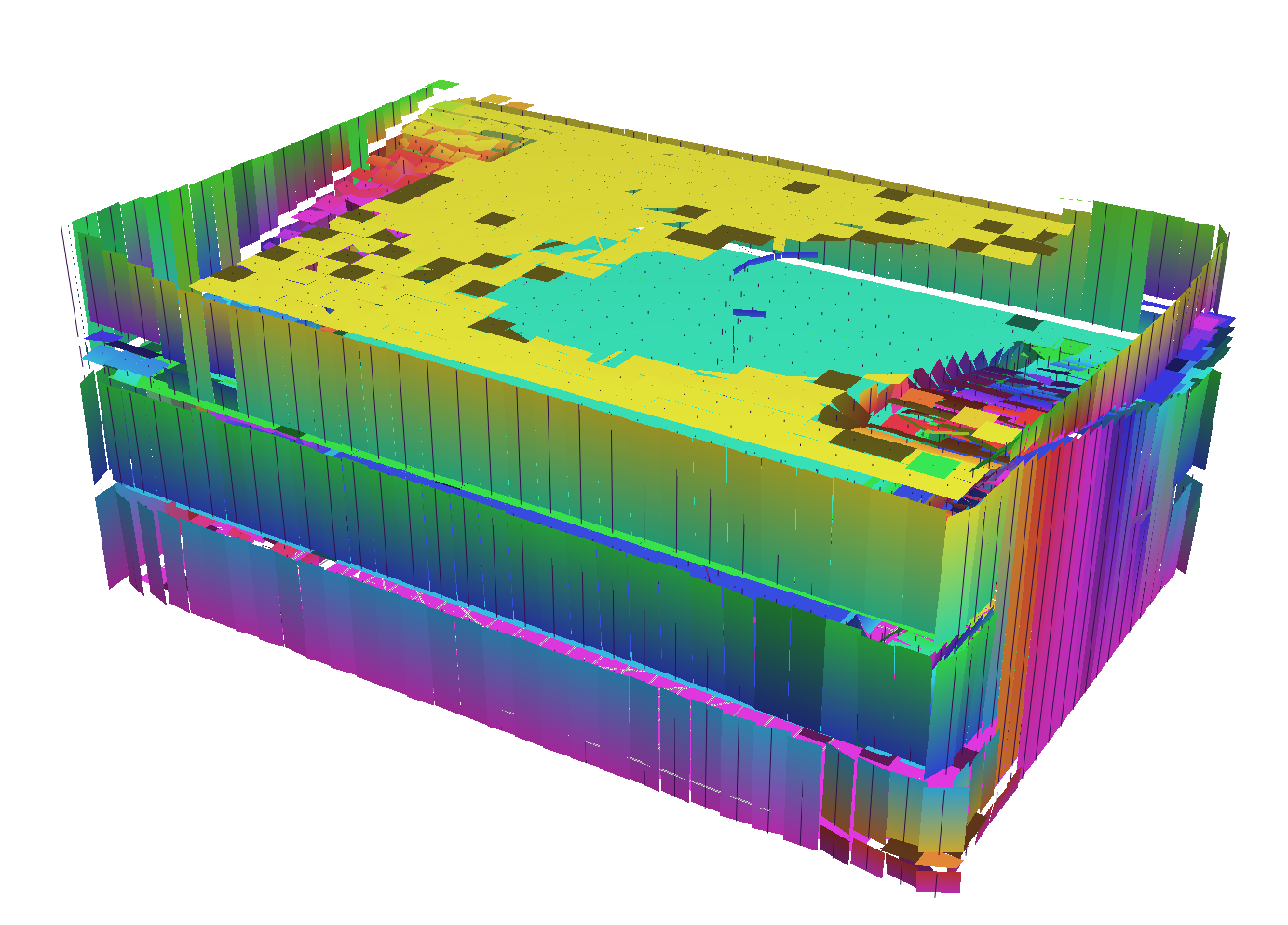 EnviRe is the environment representation front-end to store information regarding robot's perception of the world. The model is a strongly connected directed graph which allows data processing regarding autonomous systems demands. 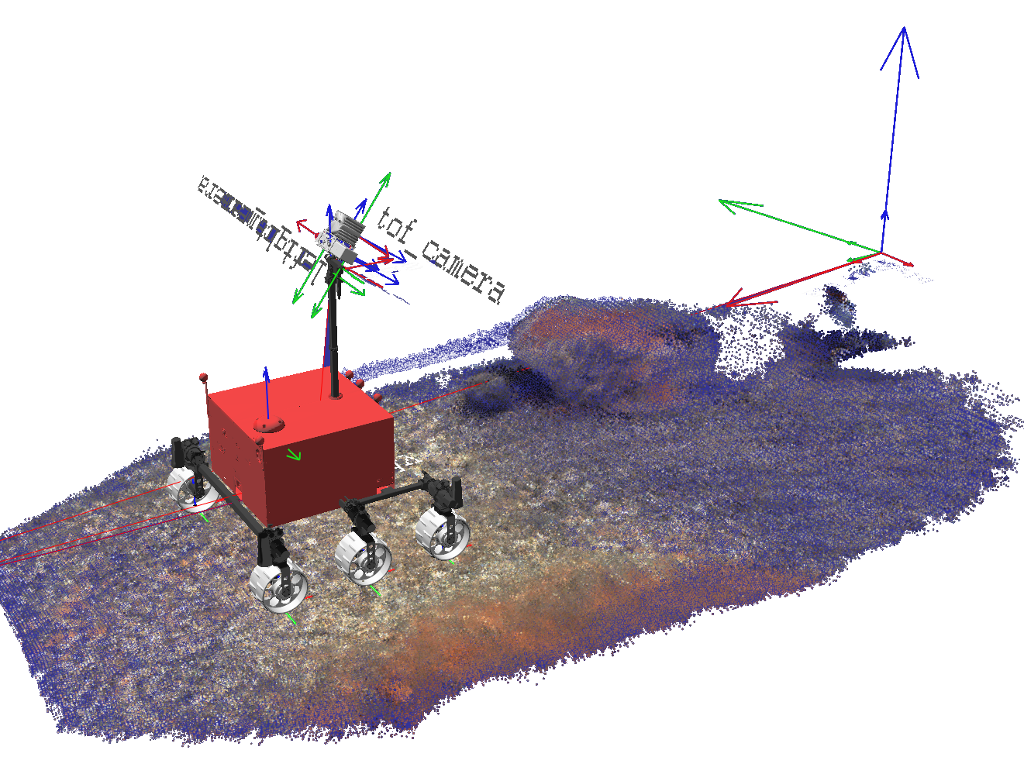 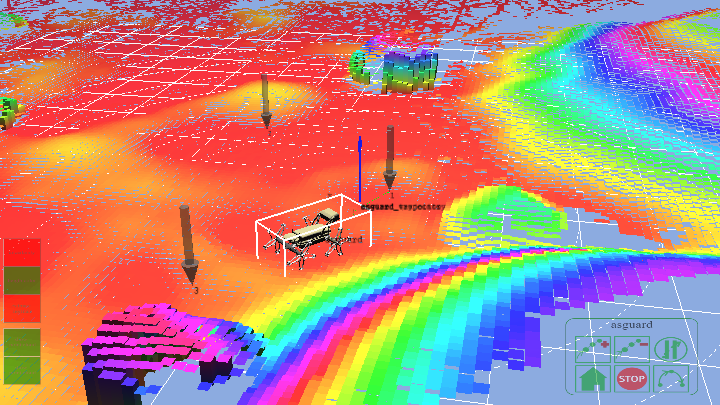 EnviRe allows to capture various properties of the environment which can be compiled in traversability - or costmaps. A traversability map provides a binary or continuous measure that informs the planner of non-negotiable terrain or hazards and in the later case allows to encode a preference for traveling over relatively flat terrain. 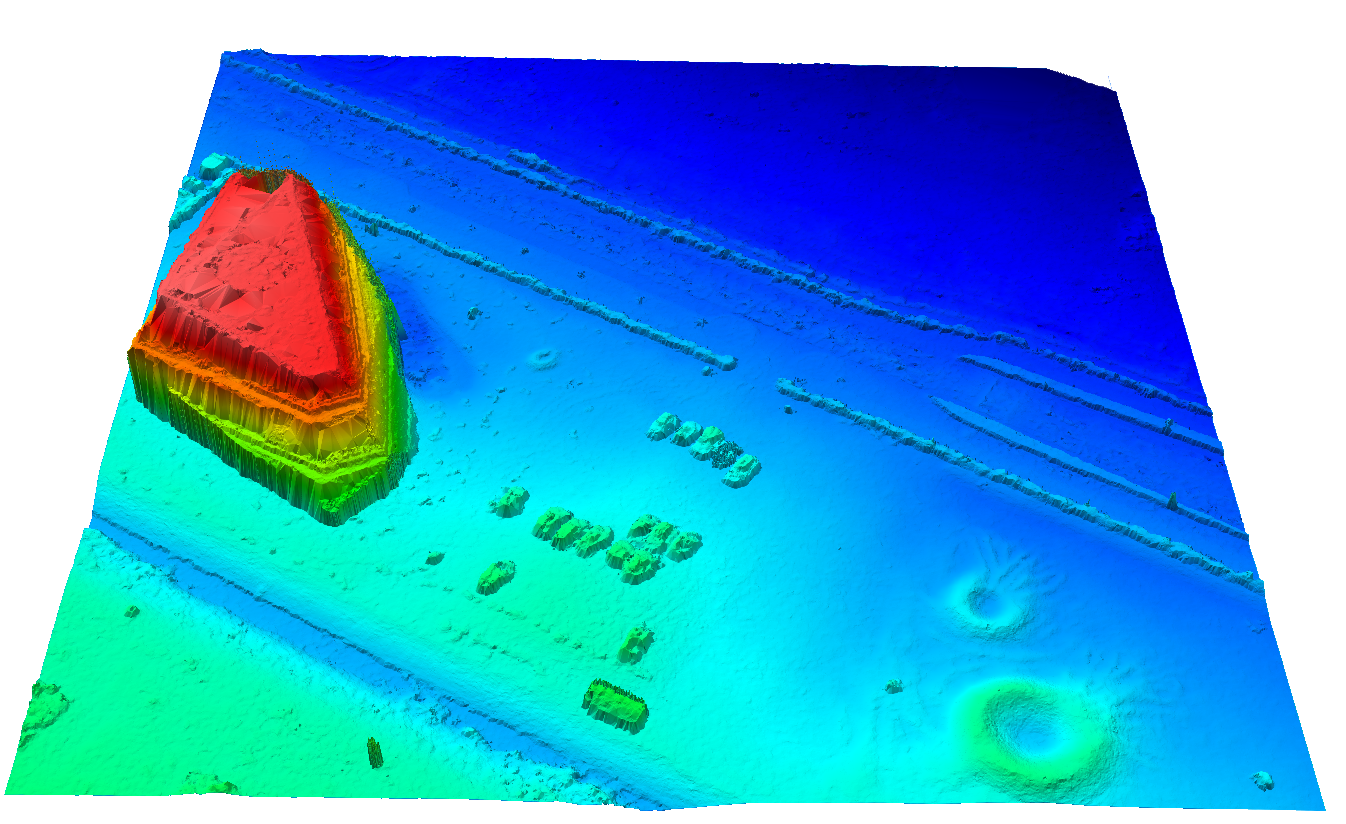 EnviRe supports the process to automatically build simulations in the real-time physics engine (e.g. Open Dynamics Engine). It works by populating the graph with simulation objects which can correspond to perceived ones. This feature is useful for headless simulation (i.e. on-board internal simulation) because it enables to simulate complex robot-environment interactions based on perception data from the real world.

Build your own Environment

EnviRe is designed to represent the world for autonomous systems in real scenarios.

Installation guide of EnviRe in your system.

Understand how EnviRe works taking advantage of its capabilities.

EnviRe is a modular, tool-based library with an open-ended design.

The EnviRe model is a strongly connected directed graph which facilitates to store and relate sensor data acquisition, processing, and operations among different data formats in order to accomplish robotics navigation and planning demands.

In environment representation data is king. A diverse set of processed sensory data is allowed to store in EnviRe. Classic maps, point clouds, features and many more are the means to comprise a rich representation of the world.

The reasoning for having a common datastructure for representing the environment is to simplify the interchange of algorithms between applications. Operators facilitates such data conversion among items.

EnviRe supports the process to automatically build simulation models in the real-time physics engine. This allows to generate simulated worlds based on the models generated by the robot from its interactions with the real world.

Envire is designed based on a modular plug-in mechanism in order to facilitate maintainability and integrability of 3rd party libraries as OpenCV, PCL and OctoMap.

Envire provides common services. All objects supports serialization/deserialization. There is also handling for meta information associated with the individual elements. Further, there is an event system, which can be used for notification on changes in the structure of the environment.

Envire is a standalone set of modules that comprise a library. Though Envire provides Rock framework integration services, it is framework independent and integrates nice with the framework of your choice.

Envire is a standalone set of modules that comprise a library. Though Envire provides Rock framework integration services, it is framework independent and integrates nice with the framework of your choice.